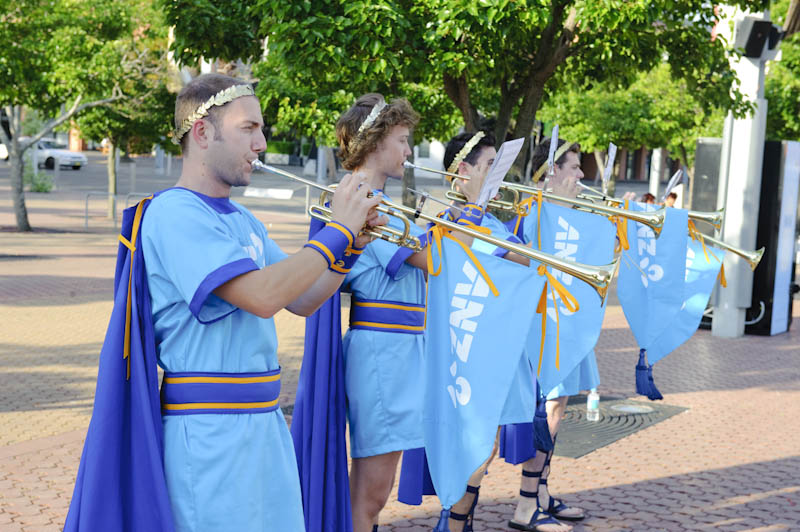 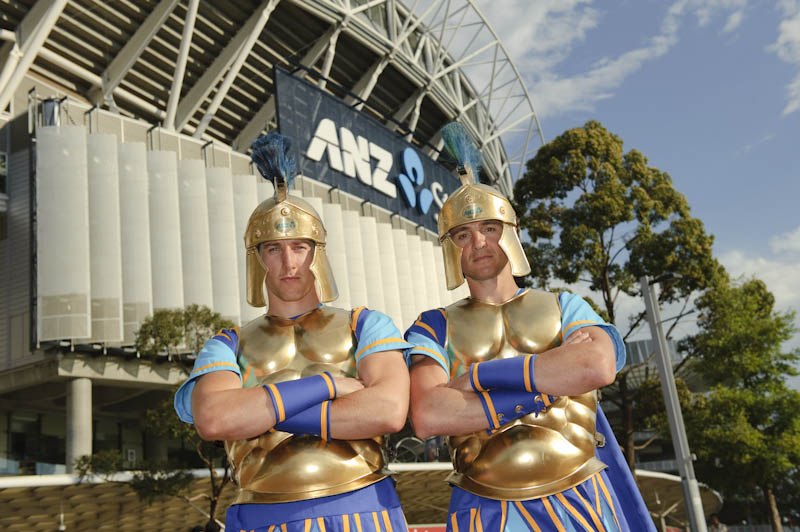 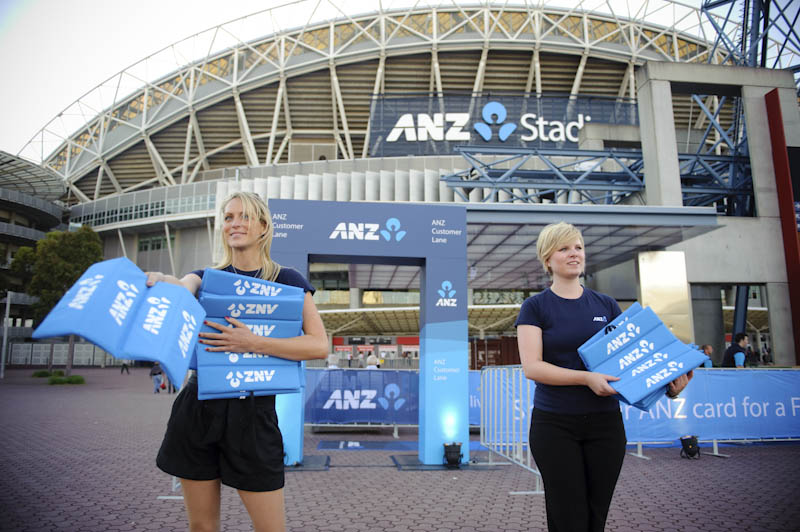 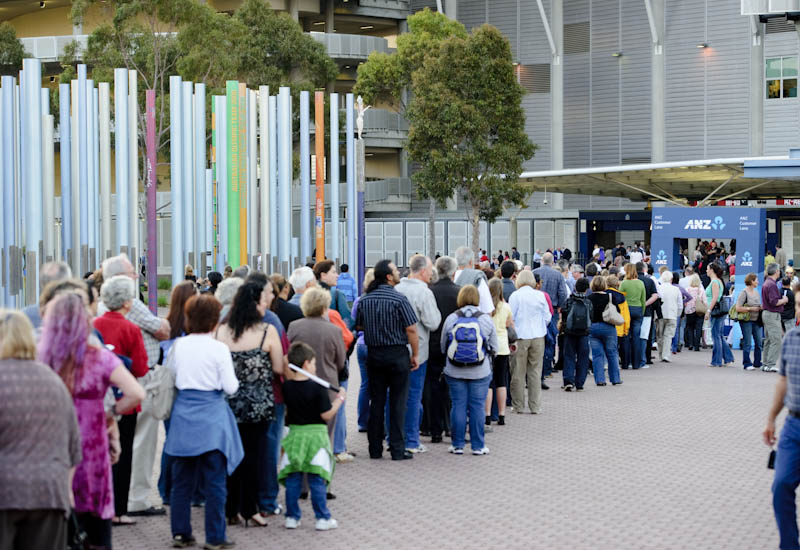 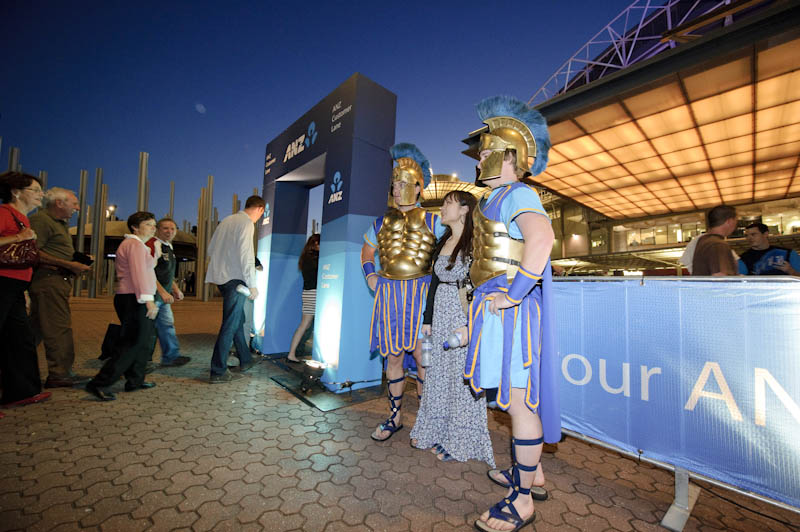 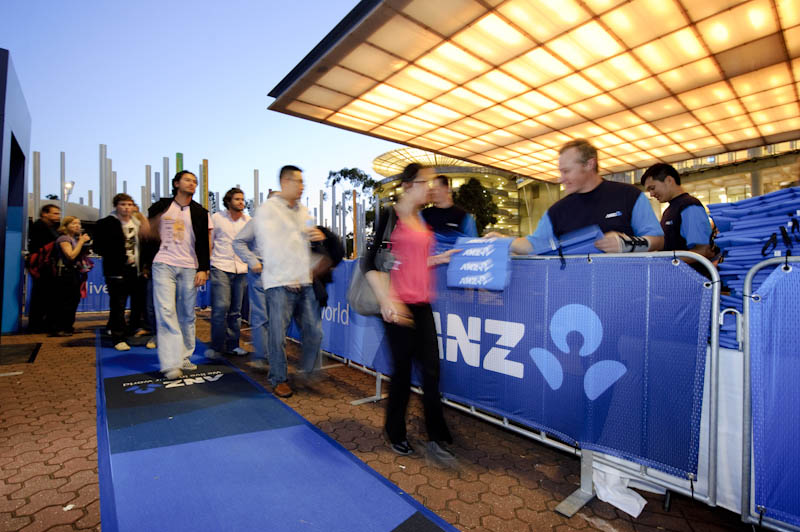 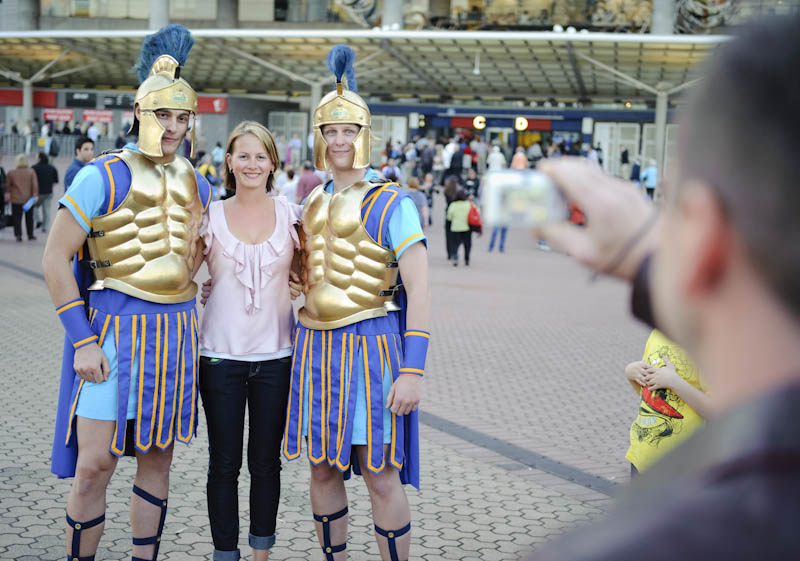 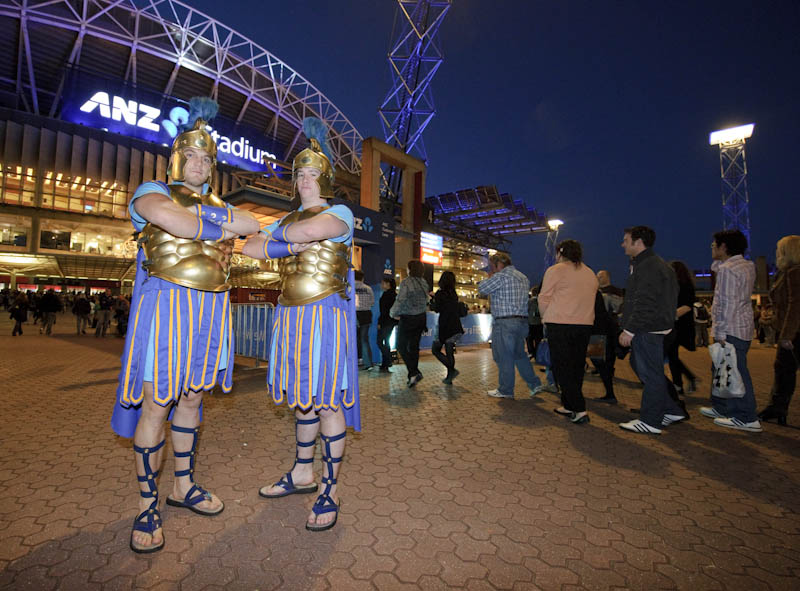 Ben Hur, Russell Crowe, and ANZ Stadium…what an amazingly unique combination…and so the stage was set for critically acclaimed ‘StadeFrance’ touring company to transform the epic of Ben Hur into a live performance.

Show goers and ANZ customers were also given special treatment by ANZ as a thank you and welcome to the ANZ Stadium and Olympic Park precinct.

On arrival guests emerged from their trains to the sounds of ceremonial trumpeting and walked the blue carpet fit for a King’s entrance.

ANZ customers were also given some special branded merchandise items to enhance their experience of the night, showing their ANZ card on entry.

ANZ Centurions were also on hand around the stadium to keep an eye on proceedings…and pose for some fun photo’s with show goers before entering the stadium.

The activation was a big hit, received well by customers and general show goers alike.